There is an intense need for a pay rise in the aged care sector, which is suffering under a sustained funding shortage and linked staffing crisis.

A case to increase wages in the sector is currently being heard by the Fair Work Commission, set against the backdrop of a Federal Election in which aged care is a key vote decider.

The Fair Work Commission holds responsibility for setting mandatory wage rates. Most prominently, it conducts an annual review of the national minimum wage.

A full bench is hearing arguments brought by the Health Services Union and the Australian Nursing and Midwifery Federation to increase minimum wages in aged care by around 25 per cent.

A 25 per cent increase would impact different workers differently but as a gauge, a newly qualified personal carer would go from making $23.09 an hour to $28.86 – not quite $6 per hour.

UnitingCare Australia made a submission endorsing a significant wage increase for aged care workers in line with the arguments put forward by the unions. Our analysis estimates the headline cost of a 25 per cent pay rise to be around $4 billion annually.

That increase is essential and it’s also essential that the increase is matched with equivalent government funding. StewartBrown’s December 2021 Aged Care Financial Performance Survey found 60 per cent of residential aged care homes are running at a loss – in rural and remote facilities, that rate is 65 per cent. 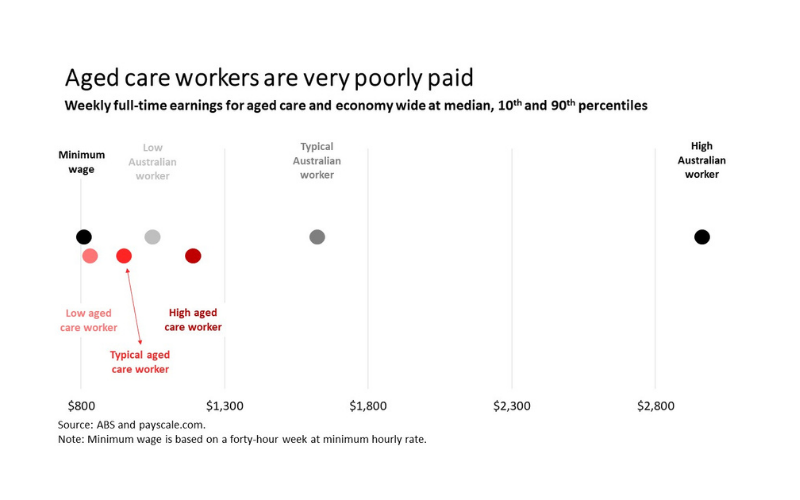 Living on aged care wages is a challenge. The Australian Aged Care Collaboration undertook an analysis that found a single aged care worker under 35 had $112 left each week after rent, transport, groceries, and health bills. Where the worker was a single parent, they run a $148 weekly loss after accounting for the same costs.

This undervaluing is reflective of a broader undervaluation of care in our society. Care is neither cheap nor free and we need to reckon with this fact if we want to make serious progress on gender equity. Noteworthily, 86 per cent of aged care workers are women. 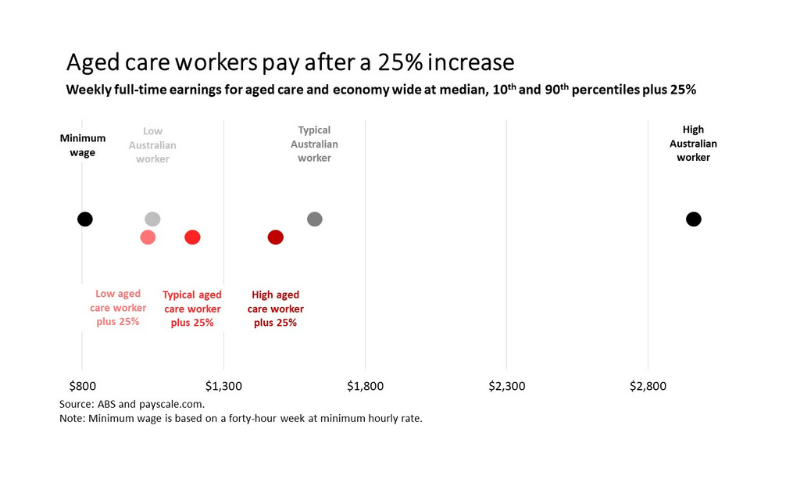 The need for a well-functioning aged care sector is plain. Ageing Australians deserve to live with dignity and there is too much unfinished business from the Royal Commission’s final report. Ongoing funding cuts are to blame, including insufficient pay for staff.

More, rapid growth is projected in demand for age care services, and we will need large numbers of additional staff to meet this. Aged care needs to be an attractive place to work and getting a pay raise for workers cannot be delayed.